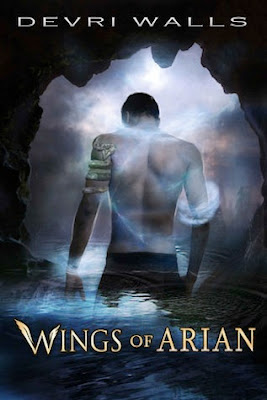 
Kiora thought she had never heard a lie until she was sixteen. But she was wrong. Her entire existence was based on nothing but. She thought that evil did not exist. Lie. That magic was not real. Lie. And that the land of Meros was all there was. One more lie.

With Aleric telling her that evil is knocking on the door and that she is the only one who can stop them she has a choice to make. Refuse, or start the wildest most painful ride of her life.
She reluctantly dips her toe into her new existence of magic and threads, dragons and shapeshifters, and the person who wants to take control of it all: the evil Dralazar.

However, this journey was never meant to be hers alone. She will be accompanied by a Protector. To her disbelief, and utter irritation they name the hotheaded, stubborn, non -magical, (albeit gorgeous) Prince Emane. They will have to trust each other with their lives, but right now Kiora would settle for a non hostile conversation.

And now it comes down to this, If you had never heard a lie, would you know when you heard one? Is knowing good from evil innate? Kiora finds herself having to decide who lives and who dies on those very questions. 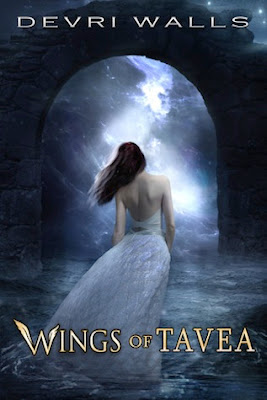 Kiora is rapidly learning that evil and lies come in shades of black and white and swirling greys, but nothing could have prepared her for the shock of leaving Meros.

Kiora and her protector Emane step through the pass into a world they never knew existed but were always meant to save, only to find it far worse than they could have ever imagined. Good has been forced into hiding for its own survival, while the rest of the land bows to the Shadow, a force that pushes any remaining thoughts of Dralazar from Kiora’s mind. This land is full of new creatures, each more dangerous than the last. Her visions have taken on a deadly twist, and magic, or what comes of it, was never so real. And then there is Alcander: a Tavean, their guide, and an entirely different kind of trouble. 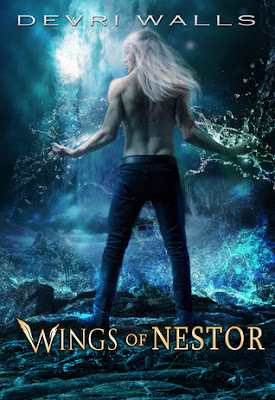 
Kiora needs answers. Who is the Shadow? Who is Jasmine? Are they connected? And even more pressing: how can she stop Shadow from using Kiora’s dreams as a map to find them? They have escaped three times, but are living on borrowed time—and everybody knows it.

Her search for help will push her closer to Alcander, send her to the dragon mountain of Toopai, and straight back to Meros—where magic will finally return to the land of no magic. Answers will be uncovered and plans unearthed that have been waiting for thousands of years.

But with the Shadow’s forces gathering, it looks like the land’s path is hurtling towards one outcome: war with the Shadow and death to all rebels. Armed with knowledge and hope, Kiora is determined to change that path. But will fate allow it? Or will it deal her a hard lesson about following ones own destiny? 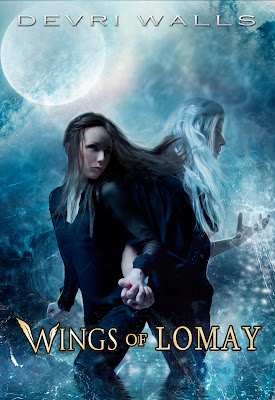 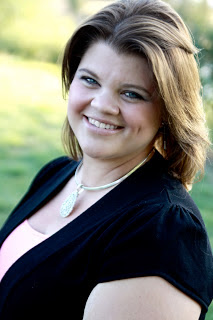 Devri Walls lives in Kuna Idaho with her husband and two kids. She has worked as a music teacher and currently, a preschool teacher. She majored in theater and her love of a story still drives her today. Thankfully, she has finally found an outlet for all the voices in her head. Her first novel, Wings of Arian, is available on Amazon, Barnes and Nobles and Apple. The second book in the Solus trilogy, Wings of Tavea is scheduled for release Nov 2012.
Website | GoodReads | Facebook | Twitter
Excerpt from Wings of Nestor:
Emane grumbled, pulling a tunic over his head. He knew he should eat, but he wasn’t actually hungry. Pulling on boots, he strapped on his sword and a dagger. Lomay had promised to procure a sword for Alcander.
Lomay was waiting for him at the base of the stairs. “I have the sword you requested.”
It wasn’t as intricate as the one Emane owned, but it was well crafted. Emane took it by the hilt. “Thank you.”
“I daresay Alcander will lack your gratitude.”
Emane laughed. “I daresay you are correct. And I will love every minute of it.” He winked before strolling outside, testing the weight and balance of the sword.
Alcander stood staring over the cliffs. Throwing open the doors, Emane yelled, “Are you just going to stand there or are we going to fight?”
Alcander gave him a narrow glare.
“Do you practice that pose?” Emane asked, cocking his head to one side. “Because it really is quite stunning.”
Alcander almost smiled—almost. “You’re in a good mood.”
“As are you, considering you are about to be beaten by a Witow.” He threw Alcander his sword.
Alcander caught it neatly. “You honestly think you can beat me?”
“If you are not allowed to use your magic—which you are not, by the way—then, yes.” Emane moved closer, his sword held out in front of him. “The tactics are different, your balance is different, and your strengths will not be your strengths. Hence—” he spread his arms wide, smirking. “The good mood.”
Alcander squinted as he appraised Emane.
“What?”
“Yesterday, this morning—I think I can see it.”
“See what?”
Alcander hesitated, as if it pained him to say it. “You being called as the Protector.”
Emane was stunned. He couldn’t tell if that was an apology or an observation. Either way, he couldn’t deny that it was genuine, which oddly touched him. “You no longer find me…What’s the word you always used? Inadequate?”
Alcander’s mouth quirked to the side. “Don’t push your luck.”
Emane held up his sword. “Let’s go.”
When Emane came within range, Alcander leaped straight into the air, flipping over Emane’s head and landing neatly on the other side of him.
Emane rolled his eyes as he turned to face Alcander. “Fine—you have one strength. Although I still have trouble believing you don’t need magic to do that.”
Alcander shrugged.
“My point is, I have the advantage.” Emane spread his feet into a fighting stance, holding his sword out in front. “Shall we begin?”
Alcander moved forward with the sword. Emane easily knocked it away, sidestepping.
“Ah, not as easy as it looks to be a Witow, is it?” Emane said, struggling against the joy bubbling within him. It felt so good not to be at a disadvantage.
Alcander lunged again. Although he was fast, he didn’t understand where to place the sword and Emane knocked it away with one sure movement and a neat step to the side. Alcander stumbled, looking unsure of himself for the first time since Emane had met him. “I am reconsidering teaching you how to fight, Alcander. I like you much better when you’re not so arrogant.”
“Really?” Alcander said, straightening up. “That’s strange—I find I like your arrogant side better. Less whiny and needy.”
Emane grinned and neatly flicked out with his sword, disarming Alcander. The sword spun across the courtyard.
Alcander moved his hand up, Emane recognized it immediately from his training with Aleric. He blocked the spell with his sword. The magic rebounded, knocking Alcander flat on his back.
“Alcander, that is cheating.”
Alcander actually smiled. “Yes,” he grunted, pushing himself to his feet. “I can definitely see it. I like you much better this way.” Retrieving his sword, Alcander tried to imitate Emane’s stance. “Are you going to teach me? Or shall we stand here and banter all day?”