The Pack: Retribution tour and parties!

Have you heard the latest L M Preston buzz? Well I have!
There will be a twitter party on (Friday) September 28th at 7pm-9pm EST just use the hashtag #ThePackRetributionParty
and
A facebook part on (Saturday) September 29th from 11am-10pm EST here:
http://www.facebook.com/events/337549946331607/

I will be one of the hosts featured during the facebook party! My hour will start at 3pm!
Now to meet the other amazing authors and bloggers who will be hosting:

L M Preston
The woman behind the tour 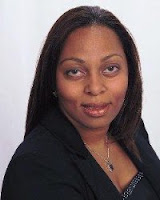 L.M. Preston was born and raised in Washington, DC. An avid reader, she loved to create poetry and short-stories as a young girl. With a thirst for knowledge she attended college at Bowie State University, and worked in the IT field as a Techie and Educator for over sixteen years. She started writing science fiction under the encouragement of her husband who was a Sci-Fi buff and her four kids. Her first published novel, Explorer X - Alpha was the beginning of her obsessive desire to write and create stories of young people who overcome unbelievable odds. She loves to write while on the porch watching her kids play or when she is traveling, which is another passion that encouraged her writing.

KaSonndra Leigh was born in Charlotte, North Carolina. She now lives in the City of Alchemy and Medicine, North Carolina. She likes to write about people of all ages doing fantastical things in magical worlds. Her two sons have made her promise to write a boy book next.
She loves to play CLUE, Monopoly (the Indiana Jones version), and Pandora's Box (good writer's block therapy). She lives in an L-shaped house with a garden dedicated to her grandmother. It has a secret library complete with fairies, Venetian plastered walls, and a desk made out of clear blue glass.

KaSonndra is a fellow The Writers Voice author with an amazing website and blog!
http://www.kasonndraleigh.com/ 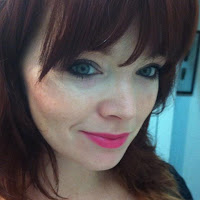 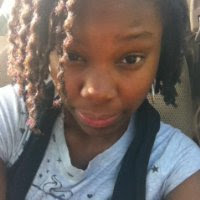 Born in New York and raised in Pennsylvania, Nadege has traveled to five other states and two countries, but aspires to travel the world some day. Her name is of French origin, though she's never been to France. Forever a lover of art and all things pertaining to Literature, she hopes to obtain knowledge from her writing career, rather than popularity or fame. She wrote her first story about aliens and goats in the 8th grade and has had a passion for story-telling ever since. Her friends and family are her biggest inspiration, and the occasional cup of coffee. She enjoys being part of the Indie community and sharing her stories with the world.

When not reading, writing, and blogging obsessively, she's usually found hiking, studying, camping, or at home with her family. She's been a martial artist for two years, a singer for three, and always seeks a common ground in everything. She considers her writing very personal, as she's always been a private person. She enjoys writing about what could or should happen, rather than what did happen--she's a dreamer and a procrastinator.
Her Blog: http://authornadegerichards.blogspot.com/ 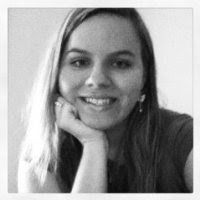 Lindsey R. Sablowski is a YA fantasy author. She lives in Maryland with her family, friends, and boyfriend. She plans to attend Notre Dame University of Maryland to major in English Language and Literature. Lindsey has always adored reading and writing. Some of her favorite works have been written by Tamora Pierce, Philippa Gregory, Mary Stewart, and Michael J. Sullivan. Cursed With Power is the first book in the Magicians series, consisting of five books. Though this is not the first book she has written, it is her first published book.
Her page on Amazon

Christina Leigh Pritchard was born and raised in South Florida. Her first stories were written at the age of nine in $0.15 wide ruled spiral notebooks (which were supposed to be used for class) ;o)~ and in the various diaries she kept. Stories she wrote from age nine to twelve fill about four storage boxes!
Since she's upgraded to a computer, she's completed over fifty books and still going strong. Her genre's include dark fantasy, young adult, drama, suspense, historical romance, multicultural, comedy, poetry and many more.
Her main aspirations in life are: her dog, Teacup; the beach, writing and well, writing! The author says, "I breathe novels. Is there really anything else worthwhile besides writing and of course faith?"
What she says:
The most rewarding thing a person can do:
1. "Give all of your excess. You don't need it so why store it and allow it to collect dust?"
2. Listen to the stranger next to you whether on a bus, plane, park bench-whatever. Learn all you can about them and then notice how in such a short amount of time they had the ability to teach and/or change you!
Visit her Blog and subscribe for free upcoming novel excerpts: http://teeny120.wordpress.com/

and a shout out to C Lee McKenzie

who won't be able to make it but has wonderful books out
including a short story featured in the upcoming anthology Two and Twenty Dark Tales!
stop by these links to find out more about her!
Amazon
Her Blog: http://writegame.blogspot.com/
Twitter

Stop by throughout the week to find out more about these amazing hostesses and the tour!